The Elephant in the School Failure Debate 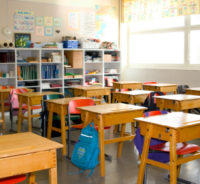 With income inequality now headlining the stump speeches of presidential hopefuls, it’s time for those concerned with education reform to connect the dots.

By that I don’t mean we need to recognize that education is key to kids’ future economic opportunity. That’s widely acknowledged, with much hand wringing over the seemingly intractable problem of too many chronically underperforming U.S. schools. People get it that the American dream of everyone having a shot at upward mobility can’t co-exist with an education system that leaves large numbers of low income children marooned in failing schools.

What’s been pointedly ignored is the role that poverty plays in school failure. Few connections are more obvious or better documented. Yet over the last decade or so, anyone who dares suggest that poverty has anything to do with chronically school underperformance has been hammered with cries of “excuse making!” The mantra is that struggling schools merely lack good teaching and high expectations. Fix those things and the problem will be solved.

But with rising inequality, reality is making a comeback. Many voices are re-asserting that it’s not an excuse but a necessity to acknowledge that out-of-school factors associated with poverty affect school performance. Observers are pointing out that with the resurgence of concentrated poverty in the U.S., the portion of our schools where nearly all the kids live in poverty has risen from 12 percent to 20 percent over the last 15 years.

No one questions that what educators do or don’t do is key in school success or failure. But poverty also matters. And concentrated poverty matters a lot. If we do nothing to alleviate family poverty, especially in our hardest hit communities, our quest to fix persistently failing schools will continue to fall flat.

Consider analyses of international test results. These show that American kids in schools where less than 10 percent of students are low income score very well–best in the world, in fact, in 4th grade math and 8th grade math and science. Moreover, in schools where fewer than half the students are low income–that is, in most U.S. schools–our students perform well. But when poverty affects more than half of a school’s kids, things get worse fast. Where it’s over 75%, the achievement numbers are awful.

It’s in these high poverty schools where repeated failure occurs. And a fact we can’t avoid is this: our latest massive investments in turnaround, focused intensively on getting effective educators and best practices into these schools, have come up short. School turnaround efforts in state after state continue to result only in isolated successes.

So are good teaching and high expectations the wrong focus? Of course not. These are essentials that every child and parent should be able to count on. We need to persist on multiple fronts to find ways to attract and keep highly effective teachers and leaders in schools where kids need them the most. At the same time, we need to admit that these crucial steps, no matter how successful, will not be enough.

Why? Because fifty years of research show that differences in school quality only account for about a third of the variation in student achievement. The other two thirds is explained by out-of-school factors.

Think about what that means. Even if teaching, leadership, incentives and cultures in our most troubled schools improved exponentially overnight, we would move the needle on the achievement gap only slightly. Heroic efforts by excellent educators can only make a dent. Their efforts are swamped by concentrated poverty; by the daunting numbers of low income students and the magnitude of the needs those kids have, through no fault of their own. And each year, more children with similar needs continue to pour in.

This isn’t a school problem. It’s a societal problem imposed on schools, in effect increasing the likelihood of failure–or at best sporadic success–for most high poverty schools.

It’s popular to compare U.S. student achievement to that of Finland, a country with one of the highest performing school systems in the world. Tamped down in these discussions is comparison of child poverty rates: Finland’s is below 5% while the U.S. rate is 22%–by far the worst level of child poverty among peer countries world-wide.

When we choose to ignore the fact that poverty, especially concentrated poverty, drags down our schools, we’ve gone down the rabbit hole. In that realm we can simply bash educators when schools don’t improve. Presto! We’ve outsourced our responsibility as a society, making it teachers’ job to surmount the disadvantages we allow to blight the lives of so many American kids.

So what do we do? It may be true that we can’t solve poverty but there is nonetheless a great deal more we can do as a nation to alleviate its effects on children and families. Not taking action because the problems are too big is either excuse making–in this case actually so–or ideological masking.

It turns out that despite the magnitude of U.S. child poverty, a host of programs–within the package we commonly call the safety net–have been resoundingly effective in reducing poverty for children and families. The most straightforward thing we can do is to expand these programs.

In other words, we can invest more in things like food stamps, Medicaid, and the earned-income tax credit. Previous legislation that bolstered such programs helped the U.S. reduce child poverty substantially over the last 50 years. Yet we still lag far behind other rich countries, and we have the weakest safety net in the advanced world.

Common sense tells us that improving child health and nutrition, making it so the family doesn’t have to move frequently to find affordable rent, and reducing family stress make it easier for children to learn. Research backs that up. Multiple studies show that lifting family income through safety net supports leads to measurable differences in academic achievement and attainment, especially if the boost occurs during early childhood.

This, then, is a starting place toward giving school turnaround efforts a fighting chance. We’ll need to do much more, ranging from increasing school-based services to changing education funding formulas to adjusting wage structures. But a solid first step is to build on social programs with a proven track record. Undeniably, expanding family support remains politically daunting, despite candidates’ rhetoric to the contrary. But it’s no longer okay to swamp our schools with societal negligence, then scapegoat teachers when collapse occurs.

By all means we need high expectations in our schools. But with the spotlight on income gaps, it’s time to draw in the missing parts of the picture. Poverty is real. We need action at the statehouse, not just the schoolhouse, to enable educators to succeed in spite of it.